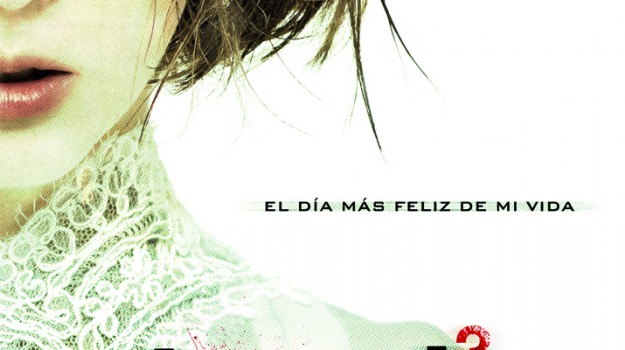 Only two weeks left for the premiere of Rec 3. Lovers of this series, I include myself, must be hoping to discover the genesis of the plot, because in the first issue we are talking about the sub-genre “infected”, in the second it seems clear that changes to “possessed”, how they gonna fit everything into the third issue? Are we going to discover a new sub-genre into the Zombie world? Yes, I’ve said zombie, because if you pay attenttion on Rec 2, when they discover the body of the priest who guarded the Medeiros girl, observe that the state of the body tells us he has been dead for a year, so in case they were not zombies, Medeiros girl and other children in the attic would have died of starvation.

But the reason the premiere of this film makes me a special pleasure is the scenario in which the whole plot unfolds: a wedding.

In fact, joing in fiction two things I love so much (the terror genre and my job as a wedding photographer) is fantastic. Paco Plaza directs on his own, this time Jaume Balagueró only is reponsible for creative production (which is not an insignificant matter). And an added value: Florentino Cacheda and Rosa Clara are in charge of costumes for most of the cast (bride, groom and guests).

Filmax producer Julio Fernandez was clever to seek the cooperation of these two great designers. I think they will give the palpable touch of elegance to an scenario that, being so sweet, could be in danger of becoming a parody.

Fans of the genre or future brides and grooms with sense of humor, see you in cinema on March 30th!