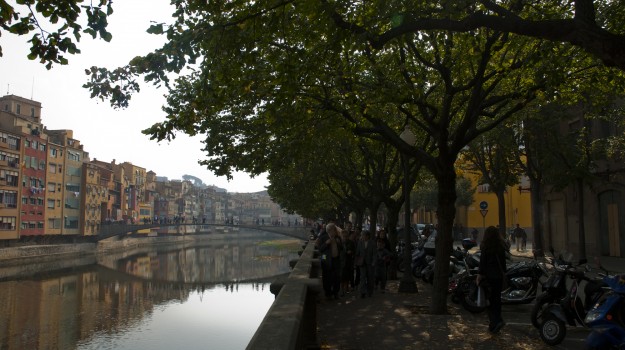 Girona is a beautiful city in the northeast of Catalonia, Spain at the confluence of the rivers Ter,Onyar, Galligants and Güell, with an official population of 96,722 in January 2009. It is the capital of the province of the same name and of the comarca of the Gironès. Lies 99 km (62 mi) on north-east from Barcelona, and it has its own international airport: the Costa Brava-Pirineos.

Girona is a popular destination for tourists and Barcelona day-trippers – the train journey from Barcelona Sants to Girona takes almost half an hour. But not only, the old town stands remains the old flavour of the Medium Age and is full of a rich heritage like the cathedral and its surroundings, the jewish “call”, and the riverside houses. All of them makes Girona a great destination.