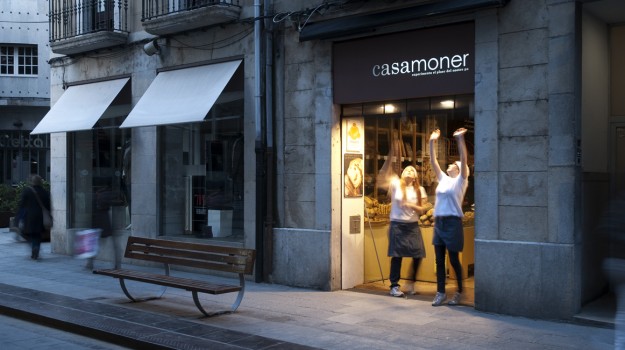 Last week I went to do an illustrated report  commissioned from M3H studio design to Casa Moner bakeries that Joaquim Hughes has got in Girona (at Santa Clara street,Migdia and Barcelona road).

I got excited about this project because I knew these places because of the organic and high quality products they use to develope their products and the recovery of ancient grains such as kamut.

The M3H studio has given the interiors of these establishments the proximity touch linking the concepts store-bakery-cafe perfectly complementing the warmth of their products.

I went first thing in the morning when they opened their doors and placed bread in baskets to better capture the warmth and the first customers who came to pick up freshly baked. 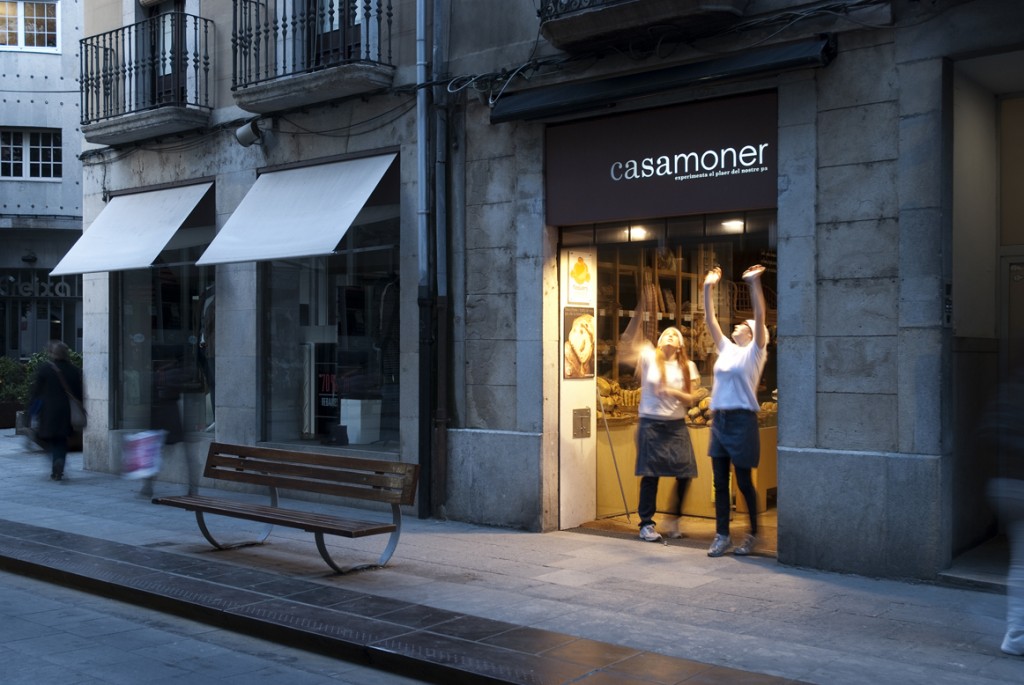 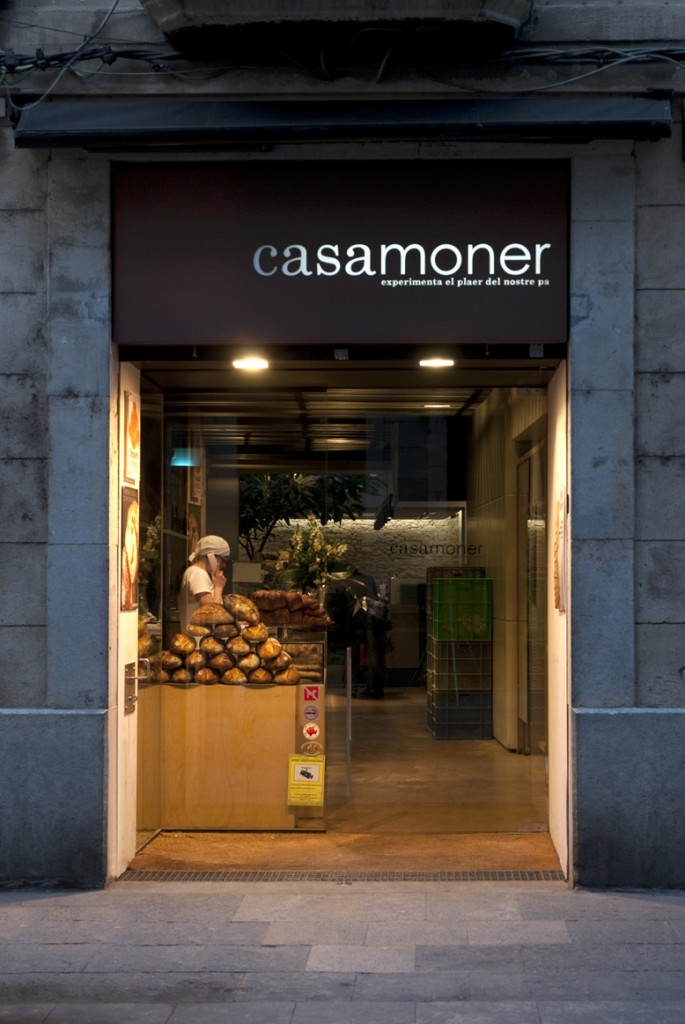 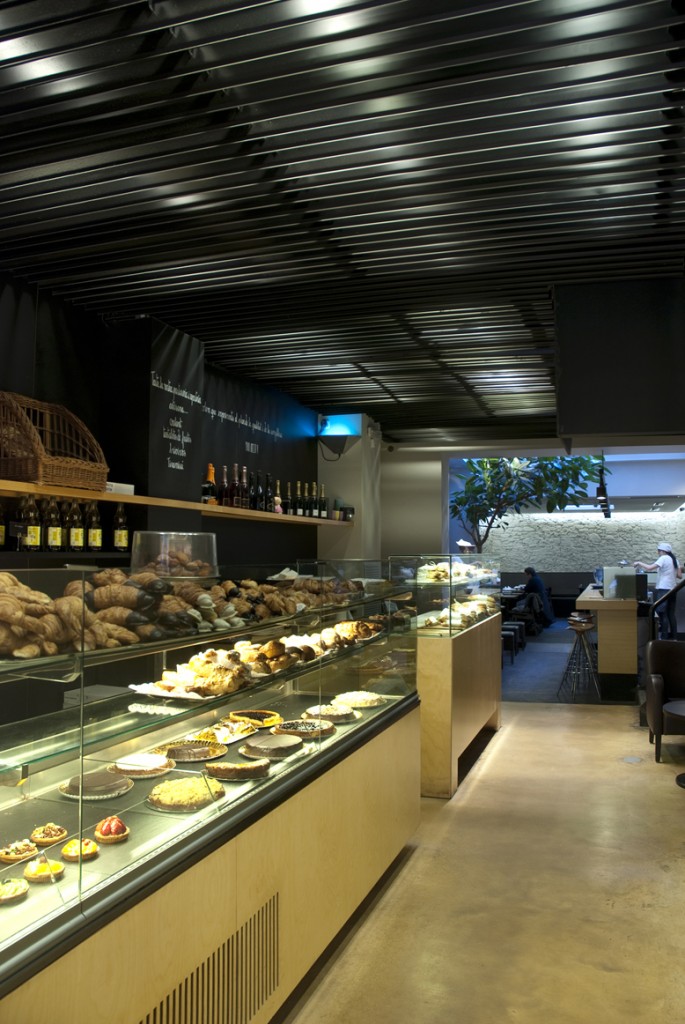 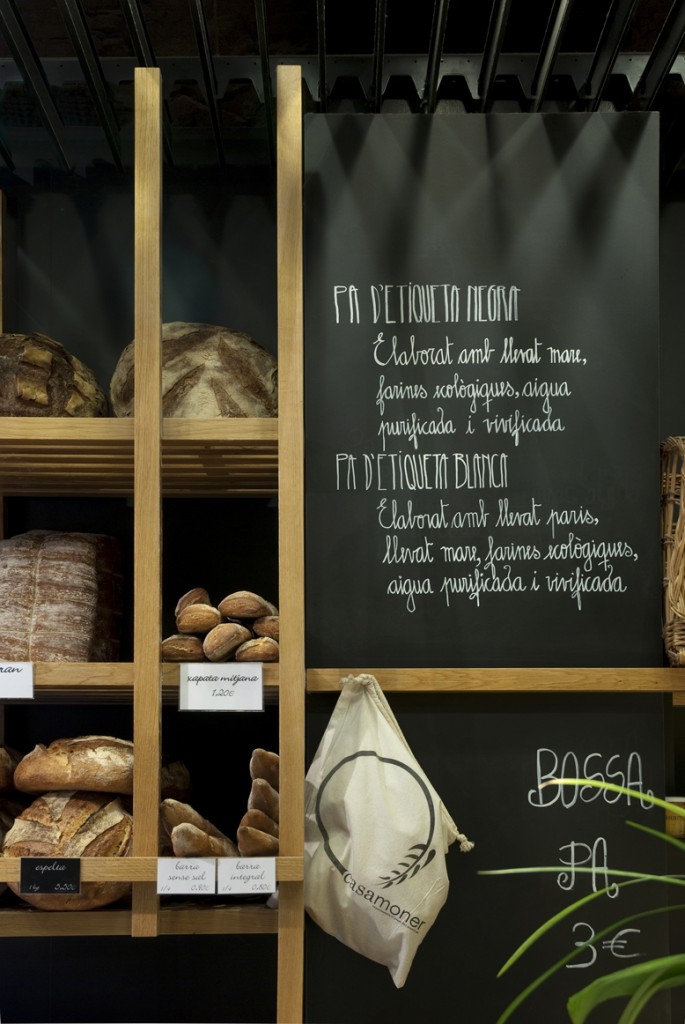 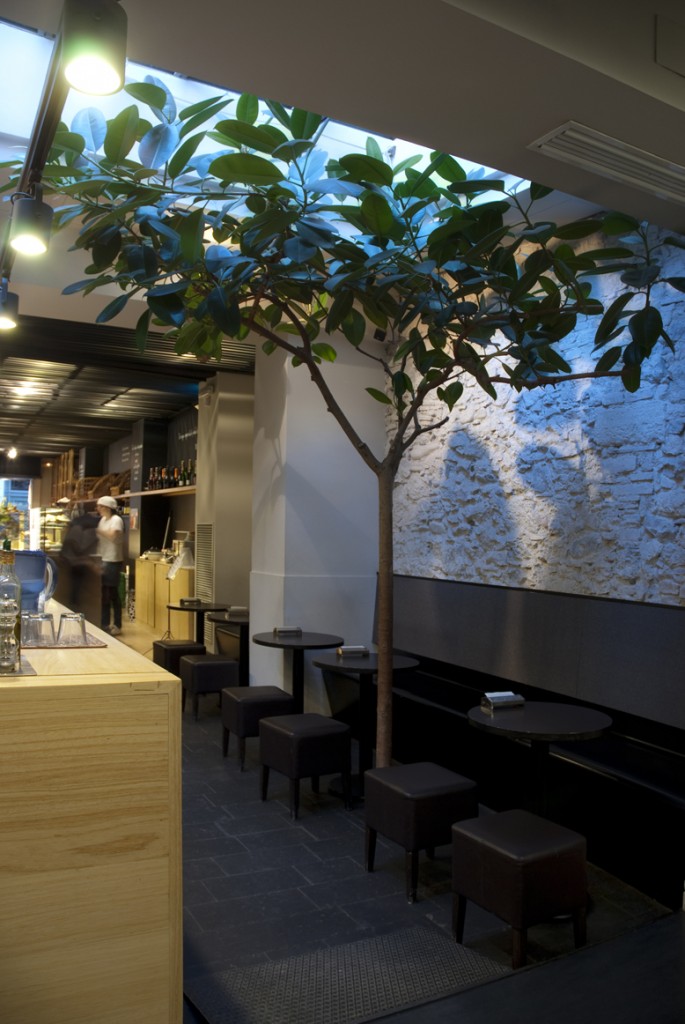 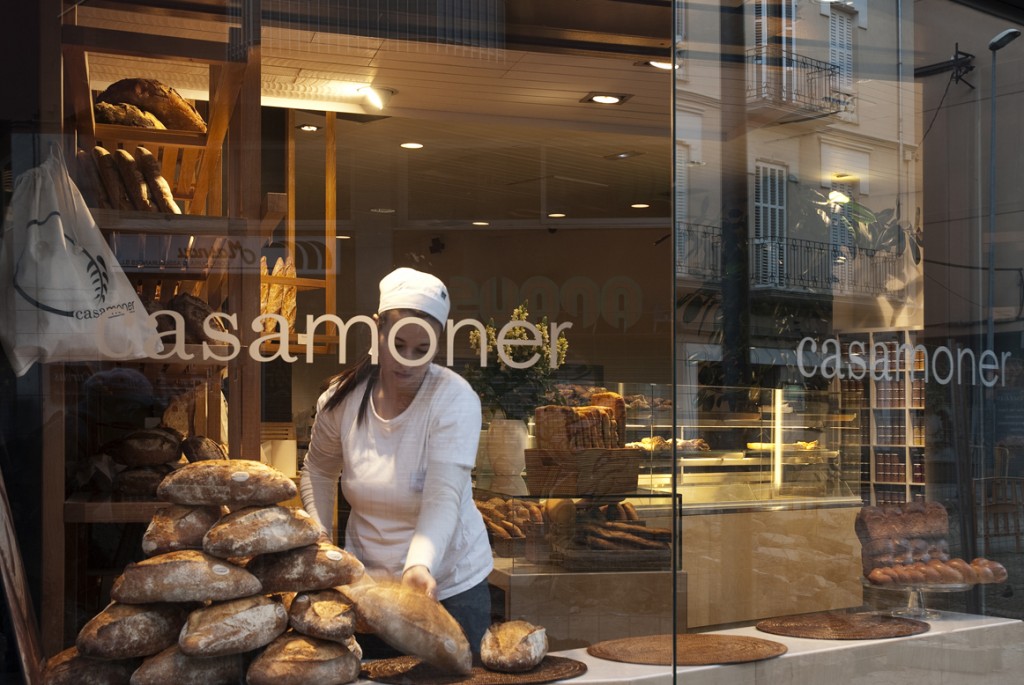 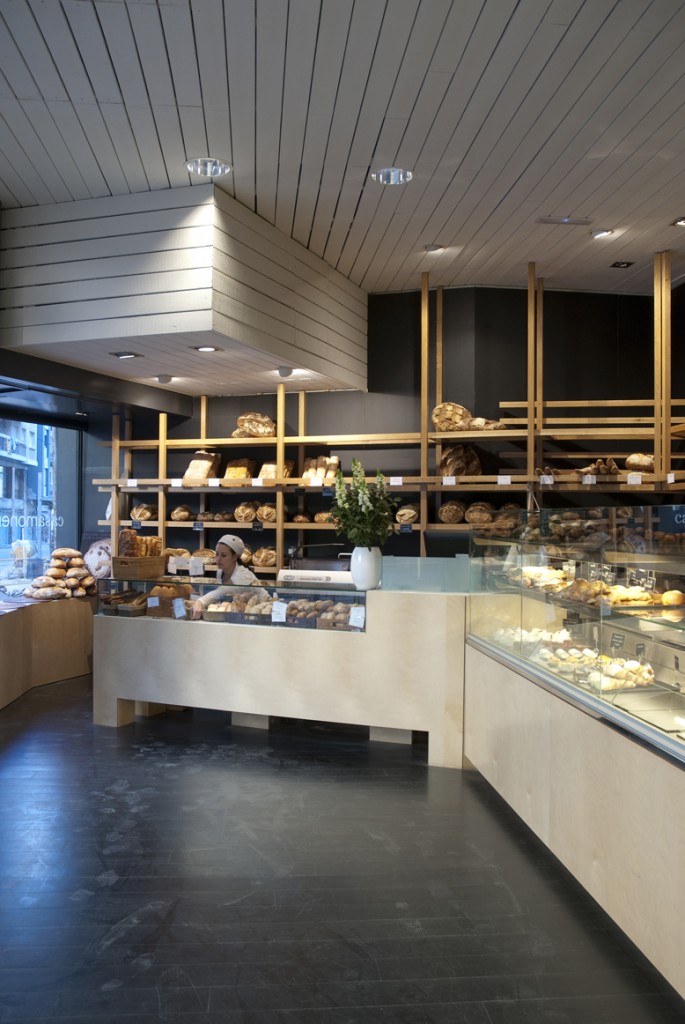 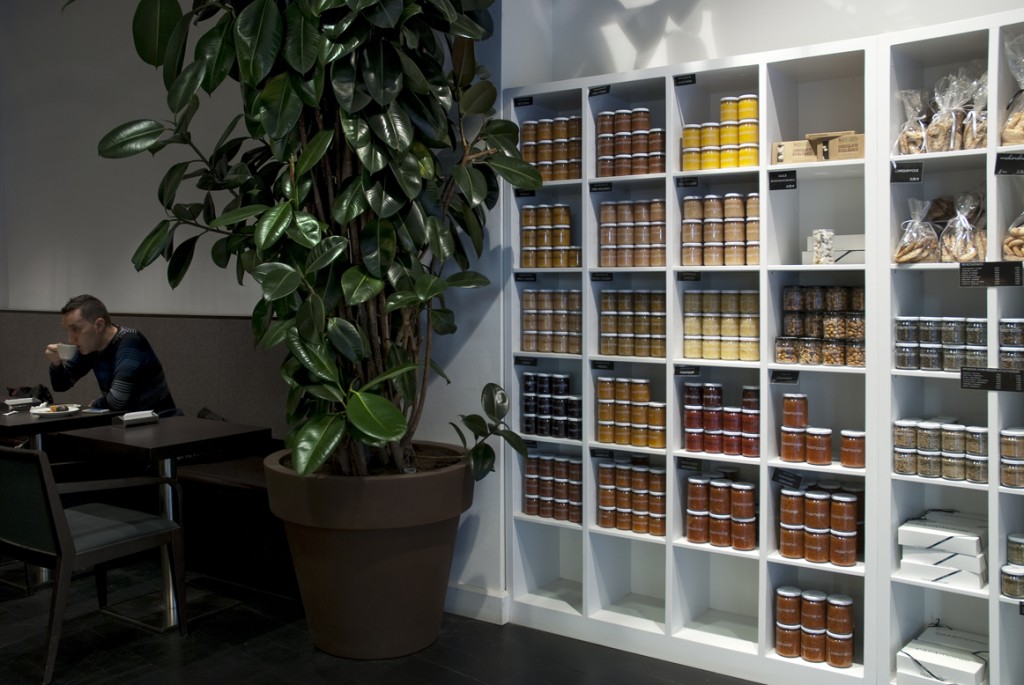 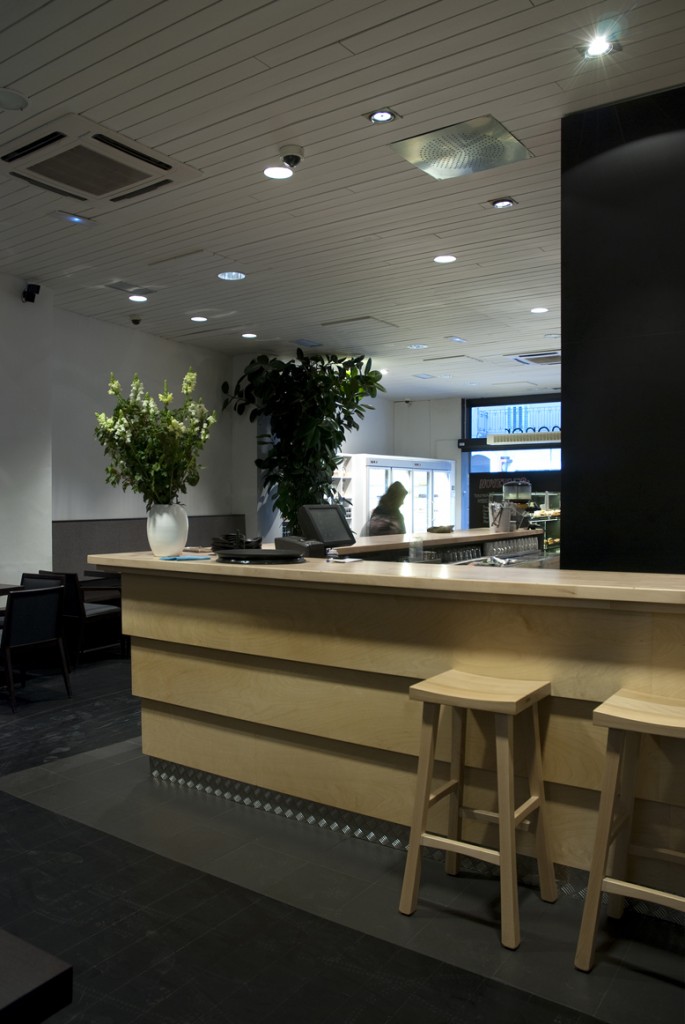 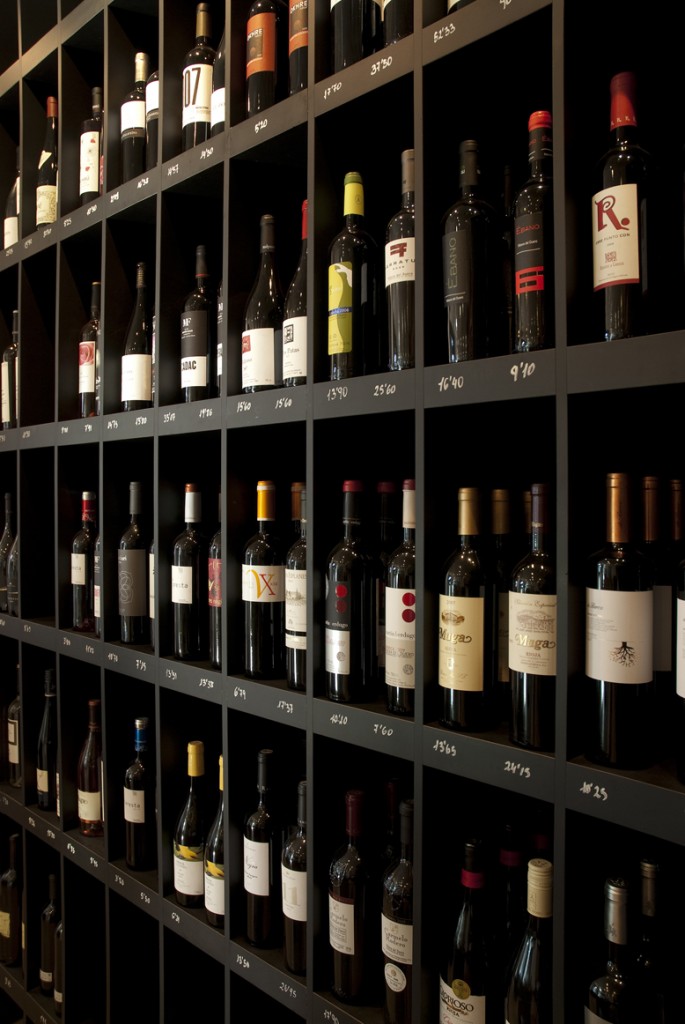 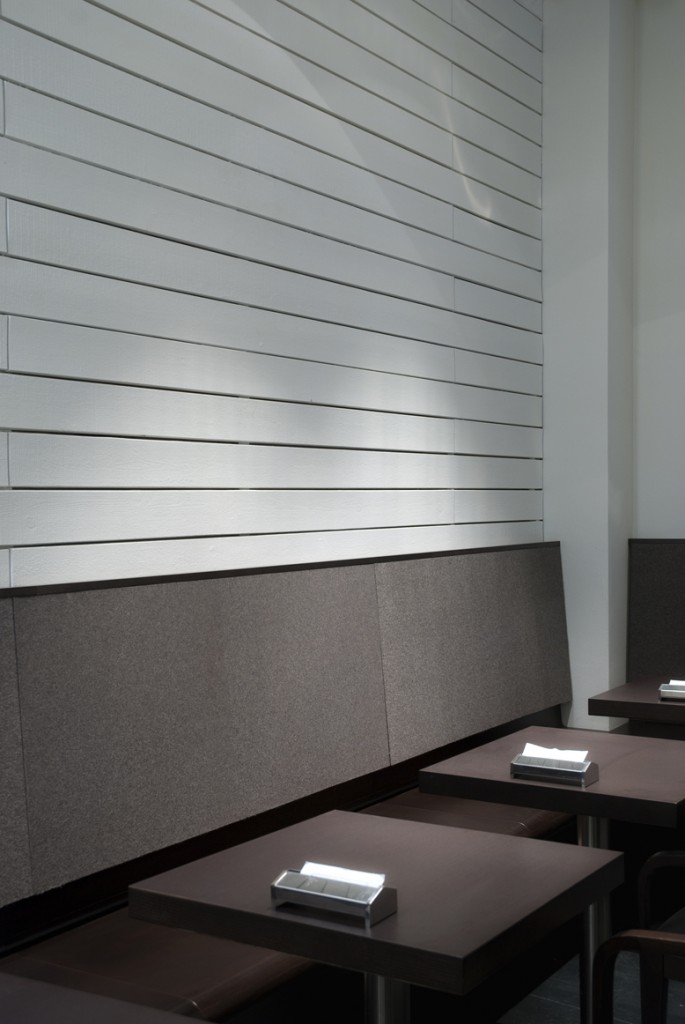